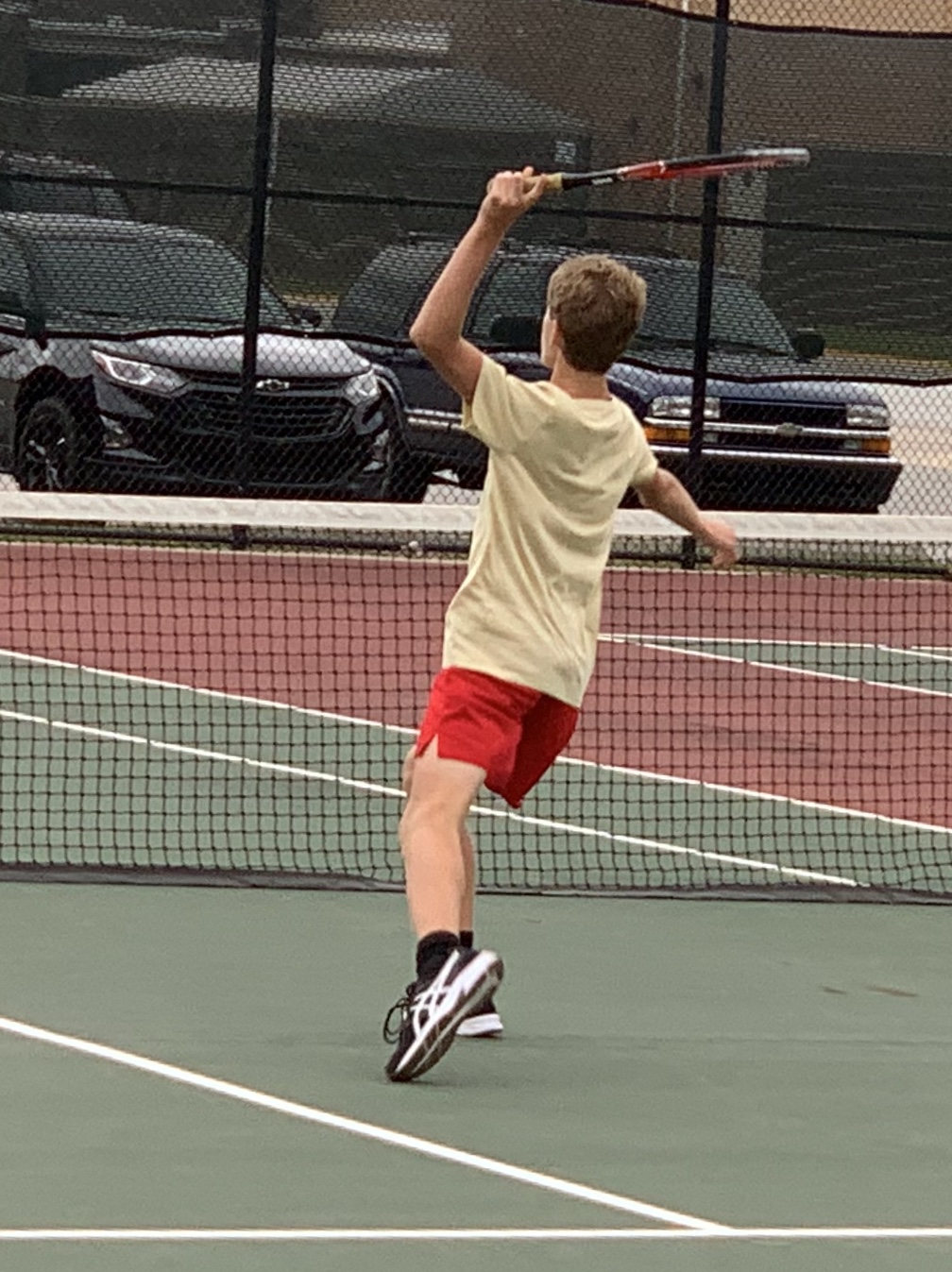 The 59ers are forced to forfeit two courts each match due to their reduced numbers this season. In order to win their match the 59ers must win each of the remaining three courts in order to come away with a win as a team. Fighting past this adversity, Andrean achieved this goal tonight at Griffith High School for their first team win of the season! Junior Peter Clements won 6-2, 6-0 at number one singles. Sophomore Aidan Conley won handily at 6-0, 6-0 at number two singles. The number one doubles team of junior Josh West and freshman John Clements completed the sweep and secured the team victory with a solid win of 6-3, 6-2 before the rain set in.