Peyton Horn has decided to continue her academic and athletic career at NCAA Division III Manchester University in North Manchester, Indiana. They are a member of the competitive Heartland Collegiate Athletic Conference.

Peyton will pursue both soccer and basketball at MU. Coach Clapman had this to say about his former soccer player, “Peyton has worked extremely hard over her past four years with our program to put herself in a position to play soccer at the next level.  Going into her Senior season she was selected a team captain and that was due to her work ethic and leadership.  I know she will bring that same hard working attitude to Coach Johnson’s Manchester University team.” Coach Scheub of Andrean Girls Basketball echoed similar sentiments about Peyton’s intangibles, “Peyton has a very good knowledge of the game of basketball. She will be an asset to the Manchester program. I could definitely see her coaching basketball or soccer one day.” 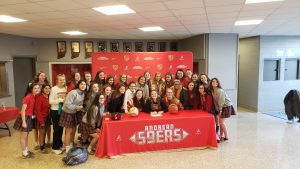 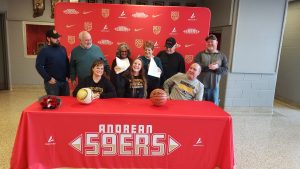 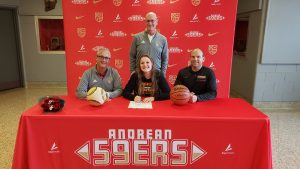